Your results are
seconds away!

Stay with us while we hand select items to create
Your Perfect Look.

Please enter your email address used for your account and we will send a temporary password to you via email.

We do not have a record of a registered customer with that email address. Enter another email address and try again.

{0}
along with instructions to reset your password. If you don't receive this email, check your junk mail folder or visit our Contact Us page for further assistance.

Please enter the temporary password that was sent to you by email.

Enter your email and password to save your offer, then redeem it in store.

Register below to save your offer, then redeem it in store.

Icon Picks
Our Lenses Find your look
Contact Lenses
Need a contact lenses refill?
LOGIN TO REORDER
Hi Test,
complete your first contact lens purchase and you can reorder next time with just one click.
VIEW ALL BRANDS
Brands
< >
View All Brands
Savings 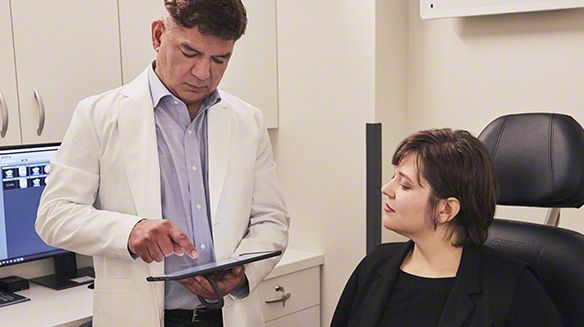 for you and a family member

An estimated 60 million American adults are at high risk for vision loss, according to the AOA. Preserve your sight against the most common vision-affecting eye diseases like glaucoma or diabetes by scheduling an annual eye exam.

DIABETES AND VISION LOSS:
WHY EYE EXAMS ARE THE KEY

Diabetes affects a huge portion of the population, making it one of the biggest culprits of vision loss. The American Diabetes Association (ADA) places the number at 20.8 million, with a third of the sufferers unaware they have it. The American Optometric Association (AOA) cites diabetes as the leading cause of new onset blindness in working-age people, with diabetics 25% more likely to lose their vision than the rest of the population. The reason? Sugar buildup in the bloodstream associated with diabetes can break down the capillaries that lead to the retina. Continuing damage to the retinal tissue, called diabetic retinopathy, can end in compromised vision or even blindness.

An eye exam can work in two significant ways when it comes to detecting diseases, including diabetes: diagnosis and treatment. Your optometrist may see fluid or other signs that suggest the need for testing. Once diagnosed, the diabetic eye exam is a crucial step in limiting associated vision loss. With any diabetes diagnosis, your doctor should refer you to an optometrist for a dilated eye exam at least once a year. With early treatment, the AOA has found that 95% of people with significant diabetic retinopathy can avoid substantial vision loss.

WHAT IS GLAUCOMA AND HOW CAN IT BE TREATED?

Glaucoma is a group of related eye issues that, if left untreated, can result in blindness. The disease damages the optic nerve, which sends the images you see from the eye to the brain. During a specific glaucoma eye exam, your eye doctor will check the inner eye pressure and the shape and color of the optic nerve. People affected won’t experience symptoms until the damage to the nerve has already been done. Similar to diabetes, many people aren’t aware they have glaucoma.

If you're already diabetic, you also have an increased glaucoma risk. (Other glaucoma causes include birth defects or family history, eye injuries or tumors, or certain cataracts.) While there’s no cure for glaucoma, early detection can help preserve remaining vision—just one more reason to schedule an annual eye exam.

Macular Degeneration is another disease that can harm vision. The macula is a central portion of the retina, and it can deteriorate with age. (The disease is often known as Age-Related Macular Degeneration or AMD). The retina’s job is to sense light, and when that’s impacted, so is vision. Harvard Medical School has reported that AMD is the most common cause of legal blindness among those over age 55. Symptoms of this eye disease include distortion in sight (such as straight lines appearing blurry), changes in color perception, and dark or white areas that appear in the center of vision. An eye doctor can detect AMD in a routine eye exam and order treatments that can minimize or delay its severity.

Some eye disease risk factors (like age) are beyond our control. But here are some things to help prevent eye disease right now. • Advocate for eye health — Insist on routine exams for anyone you care about, yourself included. • Address high blood pressure — It has been associated with eye damage, according to the Mayo Clinic. • Fight obesity — It increases your diabetes risk and is also an AMD risk. Ask your doctor for help. • Quit smoking — It increases your chance of diabetes and AMD.

Vision plays a huge role in quality of our lives. Sight is too precious to be left to chance. Let your eye doctor become a trusted partner in addressing eye diseases early, helping you make the most of your vision.

Find a store
near you
Schedule your
eye exam*
Close

Click on more info to Add to cart and more

Perks are not available with insurance

If you athenticate with your Insurance Plan, you won't be able to use Perks.

You'll get an email from us very soon.

In the meantime, add a password to create a myAccount to manage eye exams for you & for family, save your favorite frames, view your past purchases, and so much more.

We guarantee every transaction is 100% secure Buy Now, Pay Later with Affirm. Learn More
© 2020 LensCrafters All Rights Reserved
Other sites of the Group

You are using an outdated browser. Unfortunately, the LensCrafters website may not function properly on this browser.

Are you sure you want to change location?

If you go back now, you will lose information for all of your exams

Tell us a little about you and we'll connect you to a member of our customer service team.

Please note: None of your information will be sold or shared.

Don't worry. Some doctors take your distance for each eye. You're just a simple equation away from your pupillary distance.

1. Add the two numbers.
The first step is to add the number together. We recommend a calculator because no one's perfect.